Born in Hungary in 1936, Bill immigrated to Canada as a refugee in 1957 following the 1956 Hungarian Revolution. At the age of 20 years old, he settled in Fort Erie where his sister had been living with her husband having moved to Canada years earlier. Like his father in Hungary, Bill was a trained Class "A" Mechanic. He was raised to make the best of any situation and that is exactly what he intended to do in his new home. He went back to school and received his Canadian mechanic certification.

In December 1958, Bill opened Bill's Sunoco with a service station and tow truck service. His life changed significantly in 1964. Most importantly, he married his sweetheart, Carmen. This was also the year that he went to the Canadian National Exhibition looking for new opportunities. Bill met a vehicle importer at the International Building who introduced him to an executive from the Toyota Motor Corporation. He signed his deal with Toyota in 1965 and opened Bill's Texaco, Toyota & Isuzu. As the big banks 'wouldn't touch him', Bill was able to secure an independent line of credit at the rate of 17.5% and was able to purchase his first five Toyota vehicles, for which he paid cash.

In 1969, the business was expanded with the purchase of the ¾ acre Shell location in Fort Erie. Bill, with his wife and partner Carmen, steadily built their business and helped establish the Toyota brand in Canada. They discontinued the gas business in 1992 to concentrate on automotive sales and service.

In 2007, Bill's Toyota moved into the new state of the art facility that they occupy today. Bill's Toyota is truly a locally owned family business. Bill is still partially active in the dealership however his sons, Bill Jr. and Michael are the owners and are taking it to the next level.

As Bill reflects on his 50 years in the automotive business, he is proud that he has outlasted all of the other franchise dealerships in Fort Erie, Ford, Chevy/Olds, Buick/Pontiac and VW. He muses about how he was labelled the 'village idiot' and 'a laughing stock' when he started and now he has built a facility that the others couldn't even imagine. For Bill, loyalty is a two way street. He appreciates all that Toyota has done for him over the years and in return he has supported Toyota when they struggled through some hard times in Canada, particularly in the difficult years of 1970-71 when many others 'jumped ship'.

When Bill Pasincky arrived in Canada, his dream was to have a place to live and a place to work, and he managed to do this. Bill and Carmen raised three children in Fort Erie and now enjoy spending time with them and their five grandchildren. 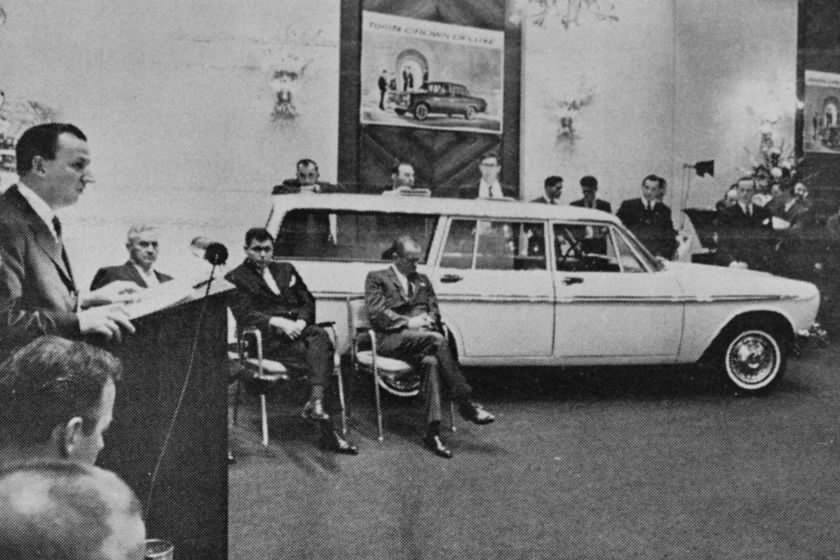 1964 - Toyota grants a distributorship agreement to Canadian Motor Industries Ltd. which later becomes Toyota Canada Inc. Bill Pasincky Sr. is the man standing in the black suit just behind where the windshield meets the hood of the vehicle. He is the only person in this photo who is still alive today.